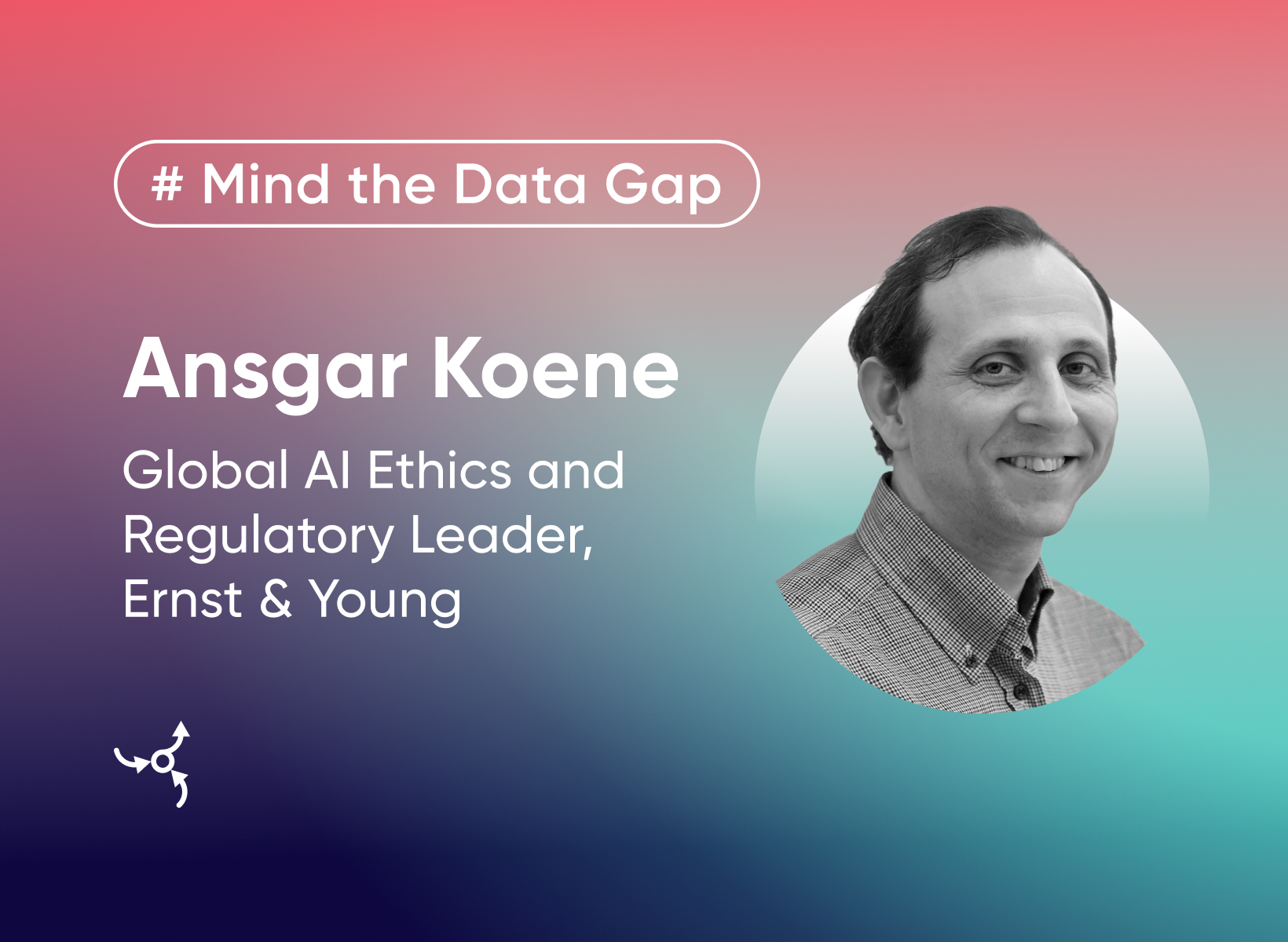 A leading global expert in AI and ethics regulation has called for a legislative rethink on data collection, in order to eliminate gender bias.

Ansgar Koene, global AI and ethics regulatory leader at EY (Ernst & Young), makes the demand on the latest edition of the “Mind the Data Gap” podcast, released today, which is produced by award-winning AI and data firm, Synthesized.

A former research scientist, Dr Koene works with policymakers, regulators and industry leaders among others, to support the trustworthy use of AI for the benefit of people, society and organisations.

Appearing on today’s edition of the "Mind the Data Gap" podcast, Koene said there was a need to rethink legislation relating to data collection on gender, for instance, in order to avoid unintentional data bias.

“Increasingly, we are seeing that is not a good approach to take, when it comes to avoiding gender bias in AI systems, because there are so many other factors that correlate with somebody’s gender. The better approach is to include the gender in the data set in order to assess whether the machine is being unintentionally biased.”

Koene says policy-makers need to rethink current anti-discrimination and equality legislation, which results in companies involved in credit risk assessments being unwilling to collect gender information because it doesn’t comply with the law, even if those companies would be collecting that information in order to comply with the intention of the law to avoid discrimination.

The EU’s latest AI Act contains clauses designed to mitigate such concerns, but Dr Koene said other nations around the world, including the UK, need to follow suit.

Podcast host and Synthesized CEO, Nicolai Baldin, said one of the ways to combat data bias was through the use of synthetic data, offered by companies like Synthesized. The award-winning business has invested in best practice AI and ML solutions to help organisations eliminate bias in data, and also open sourced its FairLens bias visualisation software last year.

“Data bias and AI bias depend on many variables like different legislation in different parts of the world,” said Baldin.

“We see huge potential in providing more clarity and giving simple warnings and solutions to business on AI and business risks and in helping to eliminate data bias through synthetic data which we can create safely and securely, in seconds.”
You can enjoy the latest episode of Mind the Data Gap on YouTube, and on leading podcast platforms, including Spotify, Apple and Google and at Synthesized.io.