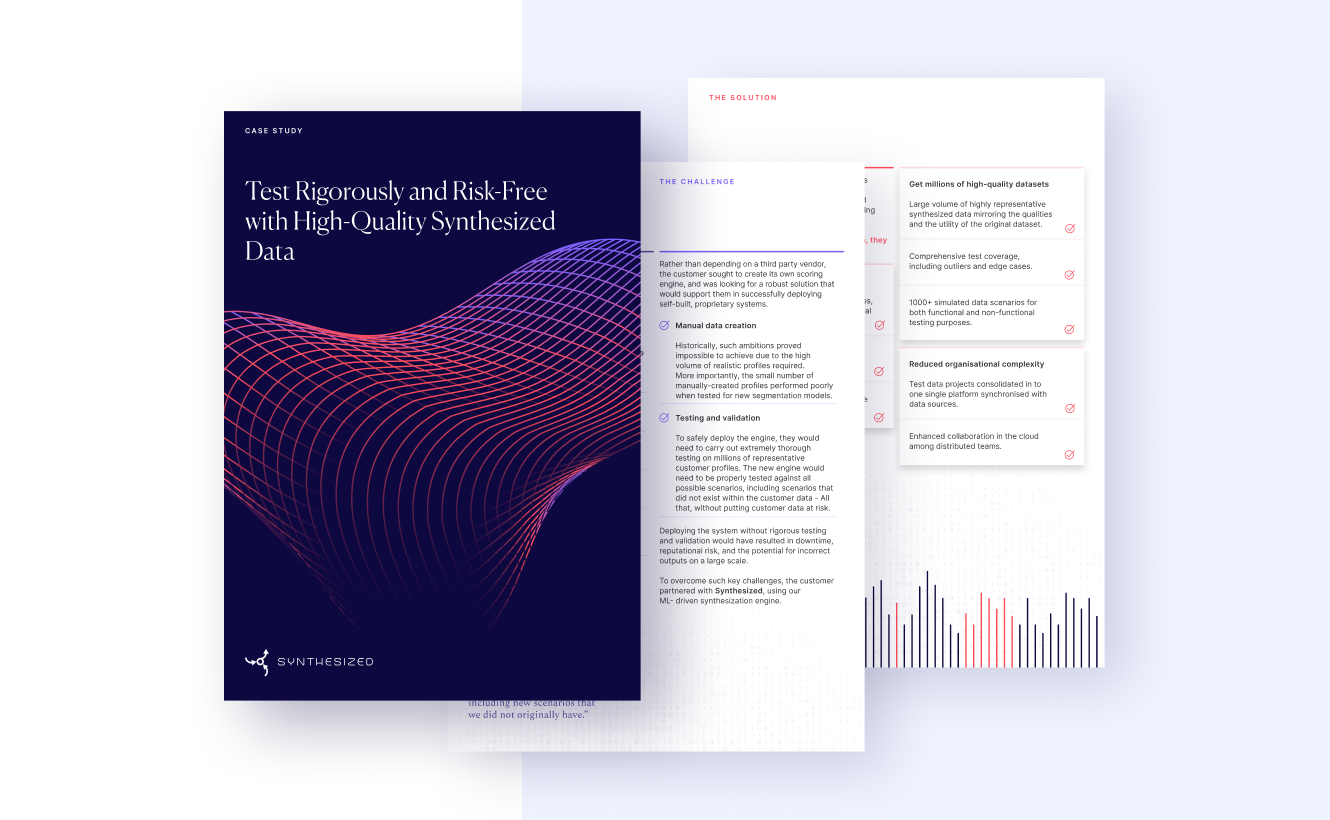 A leading credit provider sought to create its own scoring model and firmly believed that it could drive further growth by increasing the accuracy of its customer segmentation. They saw the potential of Synthesized data in facilitating this powerful business transformation. Rather than depending on a third party vendor, the customer sought to create its own scoring engine, and was looking for a robust solution that would support them in successfully deploying self-built, proprietary systems.
‍

Historically, such ambitions proved impossible to achieve due to the high volume of realistic profiles required. More importantly, the small number of manually-created profiles performed poorly when tested for new segmentation models.
‍

‍To safely deploy the engine, they would need to carry out extremely thorough testing on millions of representative customer profiles. The new engine would need to be properly tested against all possible scenarios, including scenarios that did not exist within the customer data - All that, without putting customer data at risk.
Deploying the system without rigorous testing and validation would have resulted in downtime, reputational risk, and the potential for incorrect outputs on a large scale.

With the Synthesized platform they obtain:

Synthesized Blog
Learn What We've Been up To
Thank you! Your submission has been received!
Oops! Something went wrong while submitting the form.